Elderly Couples are the wealthiest households in Australia: New Report

The wealthiest households in Australia are couples over 65, who have experienced a real increase in median net wealth of almost 70% since 2002, according to Australia’s largest and most comprehensive household survey.

The Household, Income and Labour Dynamics in Australia (HILDA) Report, authored by Professor Roger Wilkins undertook at the University of Melbourne found that the gap between high and low earners is gradually widening.

Report author, Professor Roger Wilkins, from the University’s Melbourne Institute, said that the high cost of real estate was putting pressure on the younger generations, while older generations benefited from the large increases in house values.

“Between 2001 and 2014, owner-occupied houses have declined by 3.5 percentage points. That translates to 700,000 Australian homes,” said Professor Wilkins. “It is likely that in the next few years less than half of adults will be home-owners.”

The HILDA Survey has been running since 2001, and approximately 17,000 Australians are interviewed yearly to create a comprehensive picture of the nation, spanning topics that include household finances, employment, family life and health.

“Nearly 70 percent of all Australians households have received some form of welfare benefits between 2001 and 2014,” he said.

“Parents using childcare are, in real terms, paying more than double the fees they were paying in 2002. This is despite 25 per cent of families relying on grandparents for childcare, who provide an average of 14 hours of care per week,” said Prof Wilkins.

“The HILDA Survey helps to paint a picture of contemporary Australia. It’s a crucial tool for policy making and to understand the social and economic direction of the nation,” said Professor Wilkins.

The HILDA Survey was initiated and is funded, by the Australian Government through the Department of Social Services. 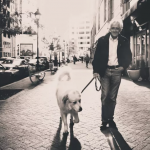 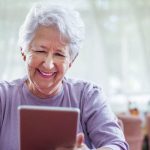